Jeremy C. Young is a historian of the 19th and 20th century United States, with particular interests in the history of emotions, social movements, and political communication. His research explores how the experiences of ordinary Americans reflect and condition historical trends. The central theme of his work is that ordinary people shape history in complex and unexpected ways.

Jeremy is the author of The Age of Charisma: Leaders, Followers, and Emotions in American Society, 1870-1940 (Cambridge University Press, 2017). His book demonstrates how the modern relationship between leaders and followers in America grew out of late-19th and early-20th century charismatic social movements. His scholarly writing has also appeared in the Journal of Social History, the Journal of the Gilded Age and Progressive Era, and Forest History Today. A full list of his scholarly publications is available here.

Jeremy also writes and speaks about the influence of history on current events. His editorials have appeared in a dozen newspapers, including the Washington Post, the Chicago Sun-Times, the San Francisco Chronicle, the Houston Chronicle, the Seattle Times, and the Salt Lake Tribune. His latest writings can be found on his media page or his Facebook page. You can also follow him on Twitter, or contact him by email.

Jeremy is an assistant professor of history at Dixie State University, where he teaches courses on modern U.S. and European history. He also serves as director of DSU’s Institute of Politics and Public Affairs. He earned his Ph.D. in U.S. history from Indiana University in 2013. He lives in St. George, Utah with his wife, Chelsea McCracken, and their two furry children (one cat and one dog). In his spare time, he enjoys writing and listening to music and spending far too much time managing his fantasy baseball team.

Jeremy C. Young is an assistant professor of history at Dixie State University. His research explores how the experiences of ordinary Americans reflect and shape historical trends. He is particularly interested in the history of emotions, social movements, and political communication. He also writes and speaks about the influence of history on current events. Click here to learn more about his academic work, and click here to read his latest essays. 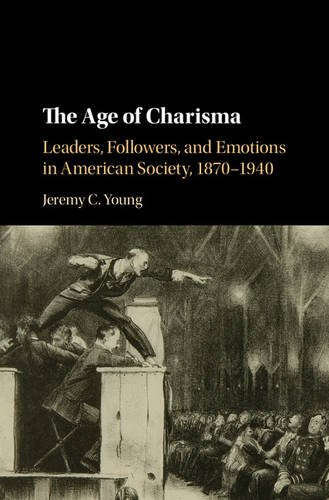